The 2017 WSF World Doubles are officially under way after tonight’s opening ceremony at the National Squash Centre in Manchester.

After opening remarks, the competing teams were paraded onto court, and after Australia’s David Palmer highlighted the plight of one of the missing players (South Africa’s Steve Coppinger’s possessions were lost in a house move) the event was declared officially open by Tournament Director Paul Walters. 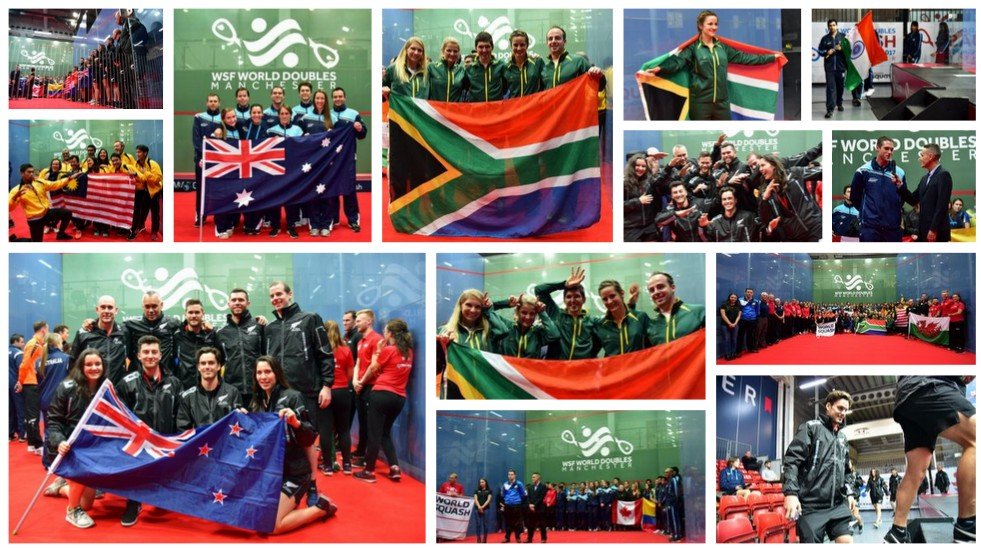 Action starts at 11.00 on Tuesday, with four courts in operation until the last matches at 19.00, featuring Pool matches in the Men’s, Women’s and Mixed categories.