Four of Canada’s elite are bound for Manchester, England as Squash Canada announces the four-member Team Canada squad that will compete at the 2017 World Squash Federation (WSF) World Doubles Championships. 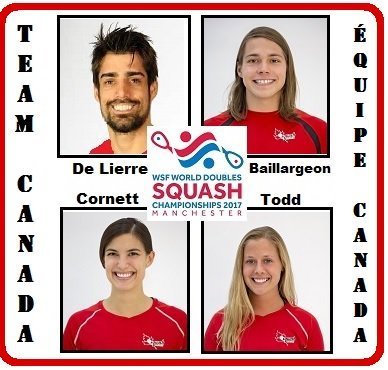 Leading the team will be long-time National Team coach, Yvon Provençal (Montreal, QC).  Yvon was court-side when Team Canada captured six medals at the 2015 Pan Am Games (1 gold, 3 silvers and 2 bronze).  Three of the four athletes competing at the 2017 Worlds were members of that medal-winning squad under Provencal.

“This will be Canada’s first appearance at the World Doubles and we will look to build off our Pan Am Games experience, where we saw success on the doubles court. Sam and Nikki are a duo who have meshed well together, and their silver in Toronto proves that”, said Provençal at the conclusion of the final selections meeting.  “Young David Baillargeon had a great showing at the trials; paired with his Montreal comrade and Team Canada squad vet Shawn, they will be looking to pressure the leading nations”, Provençal concluded.

The four selectees earned their place on the Canadian squad after three intense days of play that included ten of Canada’s best players during last week’s World Doubles Team Trials, hosted by Squash Moncton in Moncton, NB. Squash Canada and all the athletes are extremely appreciative of Squash Moncton and all they have done leading up to, during and since the team trials.  Not only did Squash Moncton extend a large dose of Maritime hospitality and opened their world-class doubles courts, the 2015 Pan-Am Games legacy courts, they have raised significant monies that will help get the selected athletes and coach to Manchester. 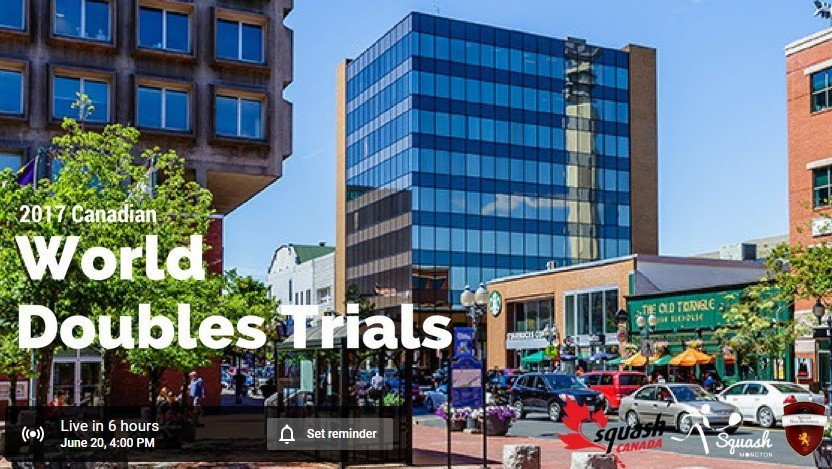