Squash New Zealand has announced a squad of 7 players will be attending the 2017 World Doubles Championships to be held in Manchester, England from 1-5 August.

The experience these players bring to the event will be highly valued as they attempt to reclaim their titles in 2017.

This will be Beddoes’ second International Doubles event after he paired with Coll in the Men’s Doubles in the 2014 Glasgow, Commonwealth Games, where they made the quarter finals. Williams and Millar will be competing in International Doubles play for the first time with both players having shown strong doubles match play while on the professional circuit, earning them selection in the team.

Pairings for the event will be released closer to the time with New Zealand entering 2 Men’s pairings, 2 Mixed pairings and 1 Women’s pairing.

Squash New Zealand wishes the team well with their preparations for the event as they look to replicate the medal haul from the 2016 World Championships. 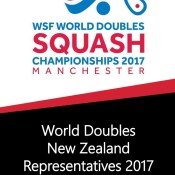 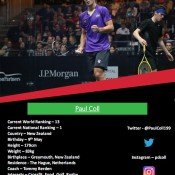 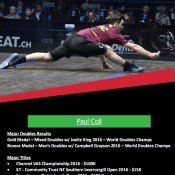 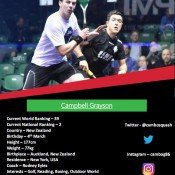 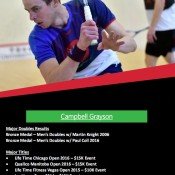 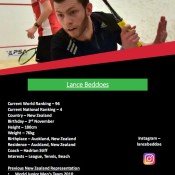 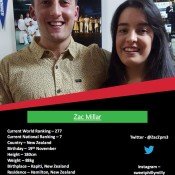 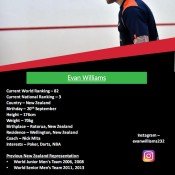 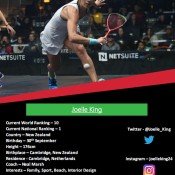 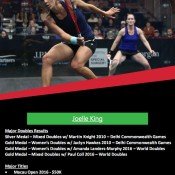 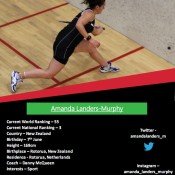 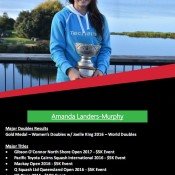 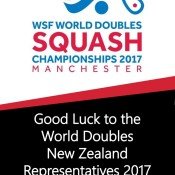