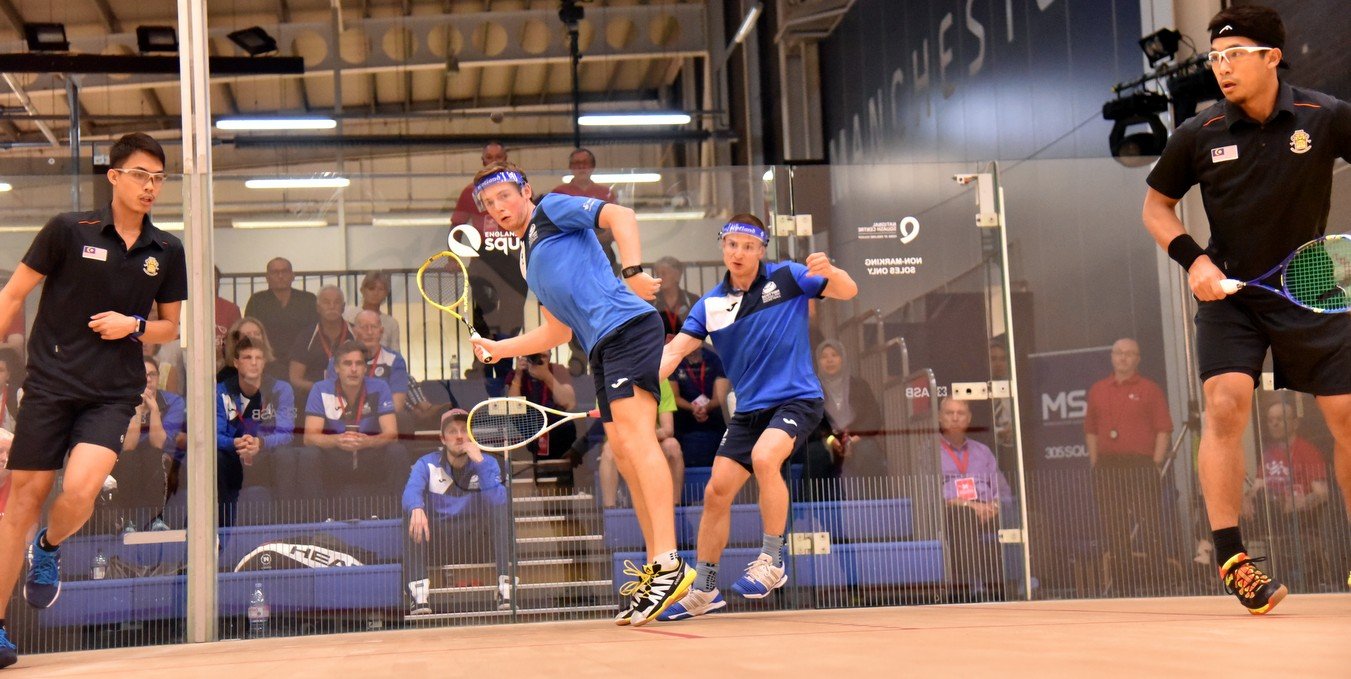 It was a busy opening day of the 2017 WSF World Doubles in Manchester, with Pool matches across four courts and three events from 11.00 until 20.00 – lots of squash, and a few upsets to report … 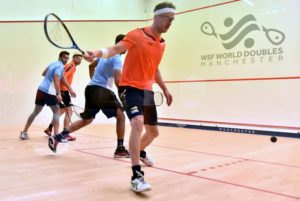 Men’s top seeds Alan Clyne & Greg Lobban opened up with two solid wins in Men’s Pool A, as did Dutchmen Dylan Bennett & Piedro Schweertman with two seeding upsets that put them in with a great chance of making the quarters. 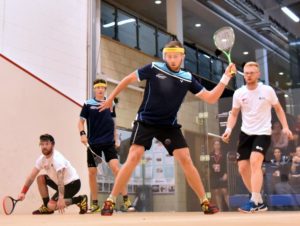 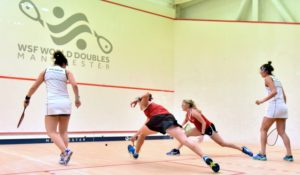 The top two women’s seeds, Joelle King & Amanda Landers-Murphy and Joshna Chinappa & Sipika Pallikal both won twice to take charge of Pools A and B, although the Kiwi pair were pushed hard by Canadians Samantha Cornett & Nikki Todd, dropping the first game and holding off a Canadian comeback in the third to take it 11/9.

In Pool C third seeded Aussies Rachael Grinham & Donna Urquhart won their opening match, but then lost in three to sixth-seeded Malaysians Nicol David & Rachel Arnold. Both will likely qualify for the quarters, but the Malaysians could top the Pool for an easier draw.

In Pool D two English pairs are expected to qualify, and both won their opening matches before fifth seeds Jenny Ducalf & Alison Waters created a minor upset as they beat Laura Massaro & Saraj-Jane Perry, the fourth seeds, saving match ball in the second before winning the decider.

Mixed gears up for tomorrow

None of the top seeds were in action in the Mixed event, that event moves into top gear tomorrow.