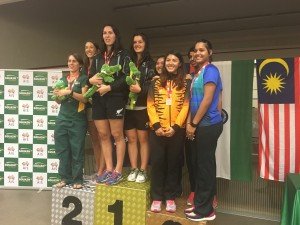 New Zealand kicked off the afternoon with a win in the women’s doubles as Joelle King & Amanda Landers-Murphy comprehensively defeated the Australian pair of Rachael Grinham & Donna Urquhart in two games.

Joelle King is ranked in the top 15 in the world but it was Landers-Murphy who was the star of the match with multiple winners, dominating the left side of the court.

New Zealand out muscled the Aussies in the first game and kept the momentum through to the second eventually winning 11-7, 11-4 in just 20 minutes.

The Kiwi girls remained unbeaten throughout the tournament after topping Pool B. 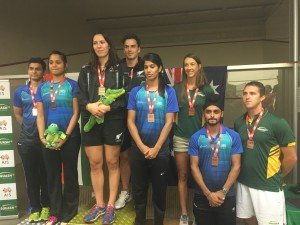 Joelle King’s night got even better as she and Paul Coll defeated Indian pair Saurav Ghosal & Dipika Pallikal in the mixed doubles final. The Indians were considered slight favourites going into the decider but the Kiwis were too strong winning 11-8, 11-8 in 34 minutes.

Australia failed to come away with a gold medal for the tournament and in the men’s doubles Zac Alexander & David Palmer went down to Scottish pair Alan Clyne & Greg Lobban. 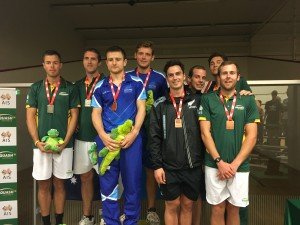 Australia kept with the Scots for the most part of the first game before Palmer suffered a back injury and was forced to call for a medical time out. Palmer returned to fight on but was clearly hampered and the Scots pounced, closing out the match 11-8, 11-4 in 33 minutes.

It capped off a wonderful week in Darwin and showed why doubles squash is so popular as the Darwin Squash Centre welcomed large crowds throughout the tournament. 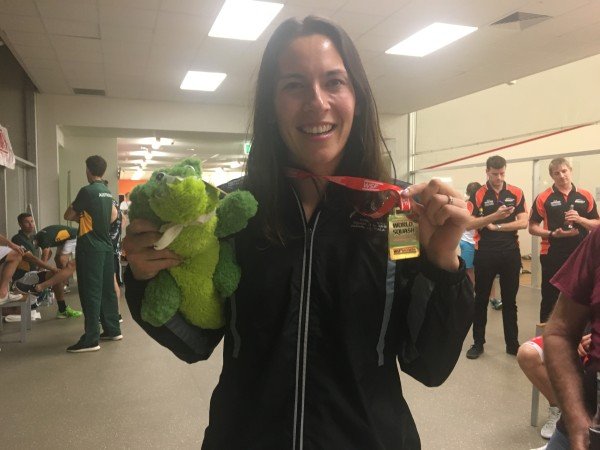