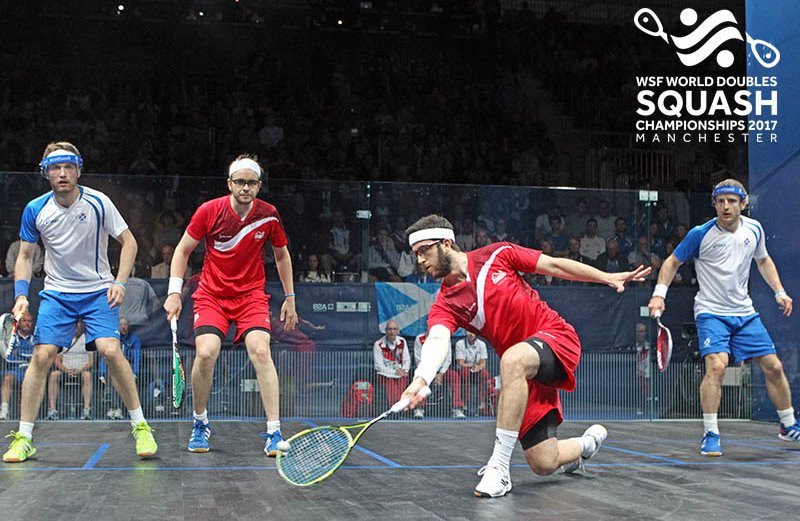 to watch the WSF World Doubles

Some of the world’s brightest stars have arrived in Manchester for one of the most exciting events on the tour, the WSF World Doubles Squash Championships.

The National Squash Centre plays host to the tournament from Tuesday 1st to Saturday 5th August, with tickets available to buy online until 5pm on July 31st and available on the door thereafter.

Here are six great reasons to come and witness the action.

Eight-time world champion Nicol David, former World No.1 James Willstrop, Scotland No.1 Alan Clyne and World No.14 Joshna Chinappa are all set to be involved. Add to that Australia’s four-time British Open champion Rachael Grinham and two-time world champion David Palmer – with a combined age of 81 – and you have three draws packed full of experience, talent and flair.

2) Double the number of players – double the excitement!

Four players on one court – doubles is chaotic, fast-paced and exciting. The event places four of the world’s best players on court together and is a must-see for any racket sports fan.

With the event being the only of its kind on the calendar, doubles is somewhat of an enigma to squash fans. The scoring is different – if the game reaches 10/10 it is settled by sudden death – and let and stroke decisions also differ to singles play. The air of mystery makes the spectacle all the more exciting!

4) See the players audition ahead of the Commonwealth Games

We are well on the road to the Gold Coast next year and the event provides the perfect opportunity for players to stake their claim for a place on the plane with fierce competition across all categories.

5) It's something to do during the holidays

If you or your children are looking for ways to maximise your enjoyment of the school holidays, the event could be the action-packed inspiration you need to pick up a racket.

Children can see a whole day of squash for as little as £5 plus booking fee.