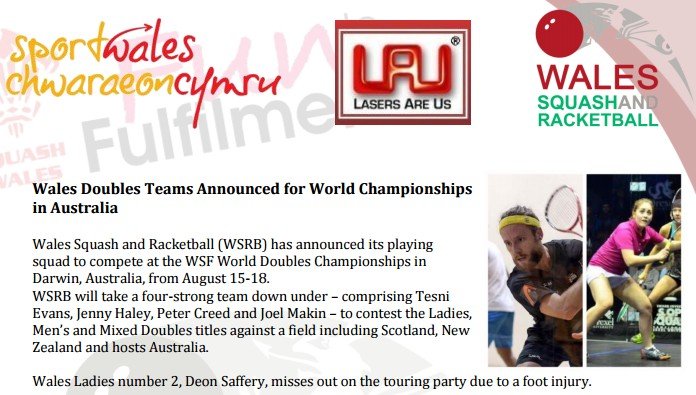 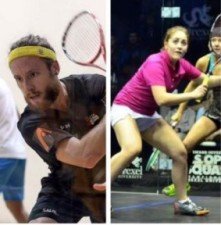 Wales will take a four-strong team down under – Tesni Evans, Jenny Haley, Peter Creed and Joel Makin – to contest the World Doubles.

“Training has started in preparation for the World Doubles to ensure our players hit the ground running when they take to the court in Darwin. Our players will be training against former medallists and world champions and we will leave no stone unturned to guarantee they are ready for the tournament.”

All matches will be staged at the Darwin Squash Centre, where Australia will be defending the Men’s and Mixed championships they won last year, while New Zealand will also be determined to
retain their current status as Ladies title holders.

“We are taking this event extremely seriously as it will act as a qualification criteria for our players looking to win selection for the Commonwealth Games on the Gold Coast in 2018,” added Evans. 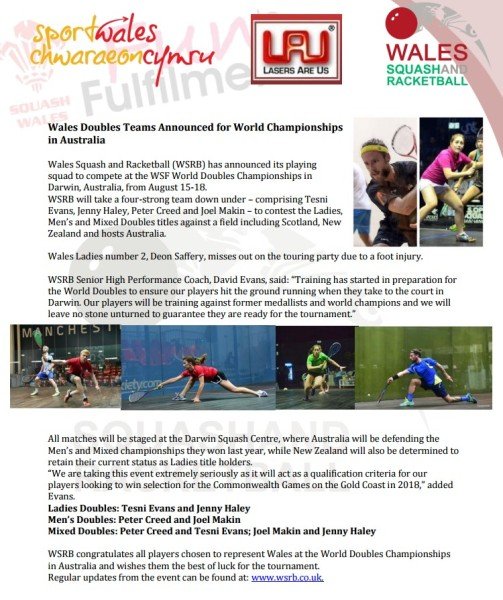