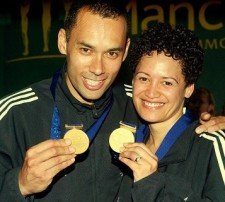 Glen Wilson has been named as the coach to take away the New Zealand  2016 World Doubles team to compete in Darwin later this year from 15-18 August.

Glen has competed at 3 Commonwealth Games (1998, 2002 and 2006) and he has claimed a number of different medals of particular note is his Gold Medal that he achieved with Leilani Rorani in 2002.

“As a proud kiwi having represented New Zealand for over 20 years as a player I am extremely privileged to have been appointed this position and I am looking forward to working along side New Zealand’s top senior pro players in a coaching/management capacity to help and support them achieve podium successes in commonwealth and world championship events.”

Glen will be taking away a team of players and we wish him the best of luck in their preparation.